Blog
You are here: Home / Blog / Analytics & Measurement / SEO Is Not Dead

You’ve heard the rumours. You’ve seen the think-pieces discussing a year-on-year drop in organic traffic and how native mobile-apps hoover up all ‘traditional’ searches. It all points to one thing, they claim – the end of Search Engine Optimisation.

If you work in digital marketing however, you know the truth: SEO is far from dead. Now, perhaps more than ever, the fundamental principles of search engine optimisation are crucial to any successful digital marketing strategy.

But how can we prove it?

At the end of February, one of Mackerel Media’s clients came to us with a problem. Despite being a well-know, large Scottish based firm, their organic search listings  weren’t appearing on the first page – what could we do to help them?

Now anybody will tell you that, unlike the relatively fast gains that can be made through PPC marketing, search engine optimisation is about playing the long game – but there can be some quick SEO fixes that can make a real difference in a reasonably short period of time.

Our initial investigation into the client’s website revealed, among other SEO quick-fixes, that most of the firm’s pages were missing H1 headings. The H1 heading element of a page has long been a stalwart of on-page search engine optimisation – but opinion has been divided over just how much influence it has on your final position on the SERP. However, with everything else seemingly set up correctly, the missing H1’s seemed a logical explanation for the underperforming pages. The next step was to get creative…

Working closely with the client, Mackerel Media was able to introduce around sixty new H1s to pages across the clients site – ranging from sector specific keywords to high volume sector terms, retroactively adding them to complement the existing site content. In total, all of the H1s were added in less than a day.

As a result, search positions have increased dramatically, with the number of our client’s pages ranking on the first page of Google up a massive 40.74% from last month. What’s more, the number of pages which now rank in first place for our client’s keywords has increased by 52.63%.

In just one month, Mackerel Media’s client saw a 22.72% increase in total pages ranked simply thanks to some in-depth investigation and the introduction of H1 headings. If SEO truly is dead, then we’re yet to see any evidence.

And while this is a single example, it is far from an isolated case. Every day here at Mackerel Media we see the effects a well structured, planned and executed SEO strategy. Whether a site requires a technical overhaul, on-site content improvements or an off-site outreach programme – each change you make will have an effect on how Google, and ultimately the internet as a whole, will rank your page.

So next time somebody tells you SEO is dead, remember: the right changes can make a huge difference to where your site ranks amongst its competitors… who are almost certainly all making SEO improvements as well. 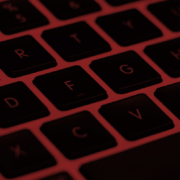